Book now with a discount

Book now via our website and immediately receive € 5 discount per room.
(The discount is automatically processed) 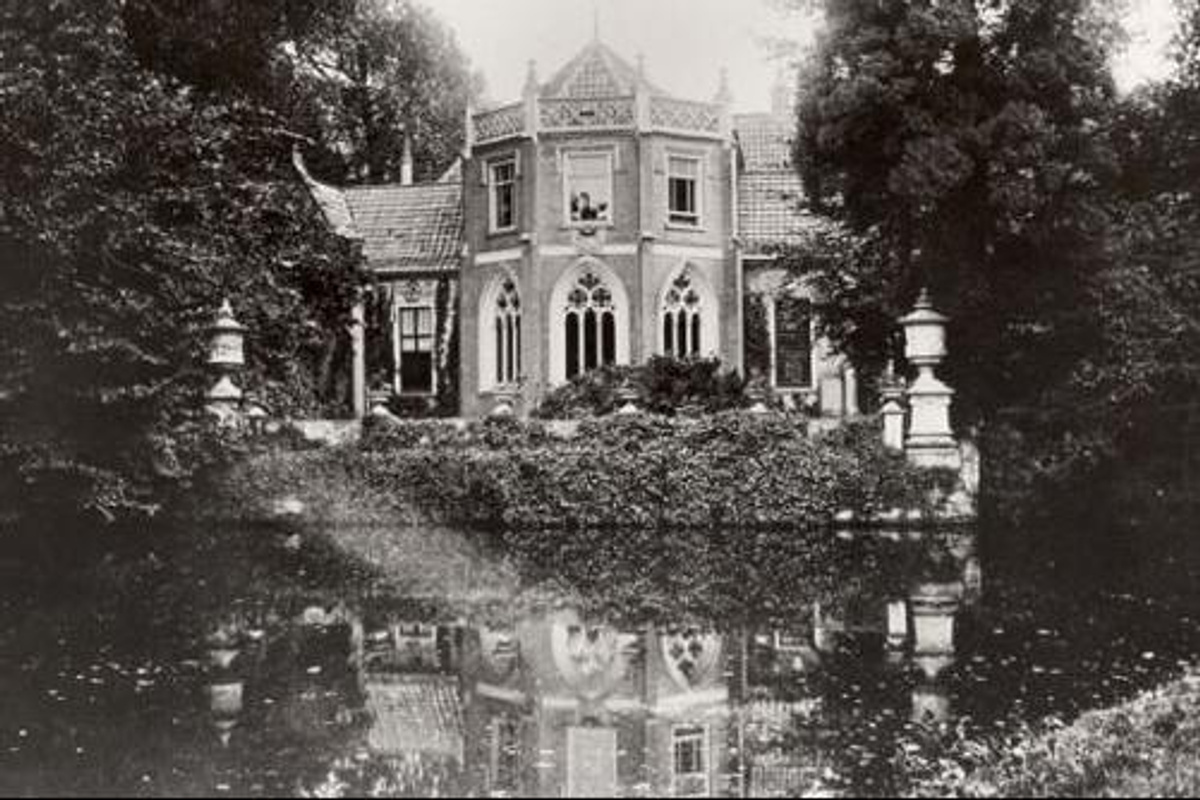 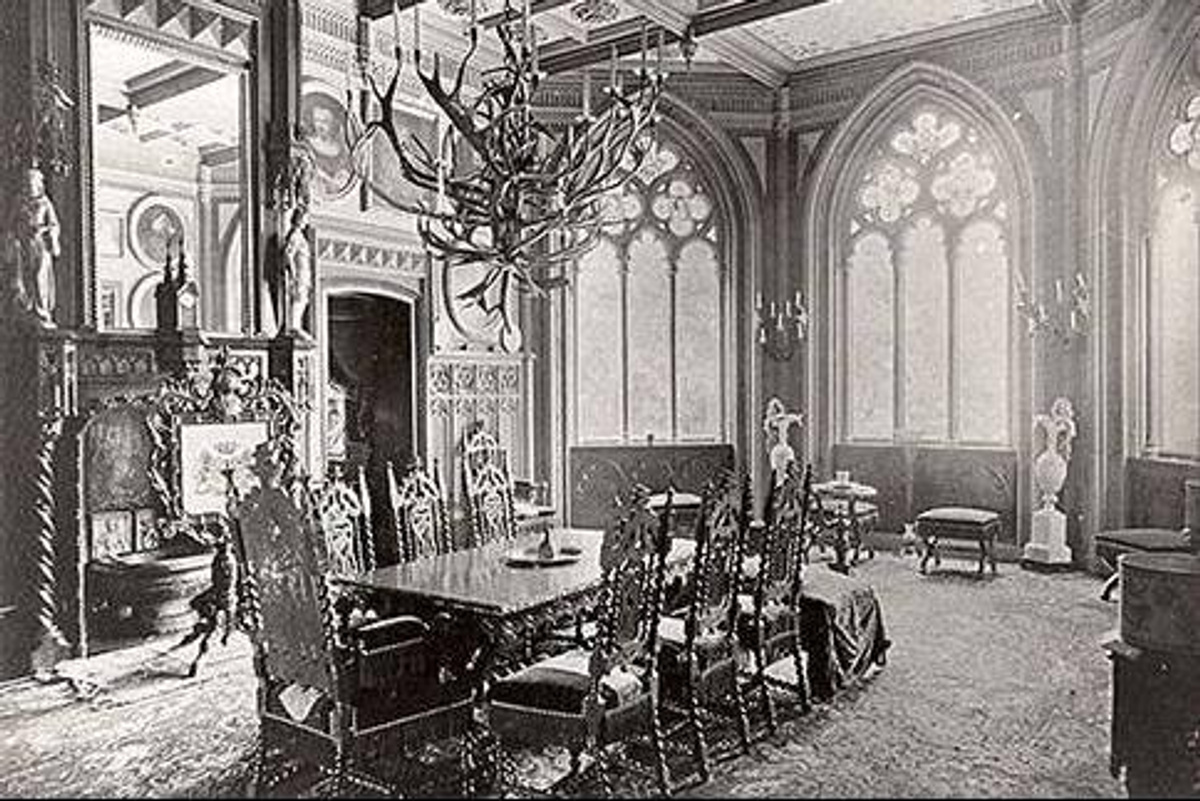 Borgs, country houses
The Nittersum borg (1669) in Stedum, which was designed by the Amsterdam architect Vingboons, is the last of the ‘real’ borgs built in Groningen. After this, wealthy Groningen residents tended to commission country houses instead, although some of them are still considered to be borgs. Most country houses were built in the Veenkoloniën (peatland colonies), serving as summer residences for the rich. Ekenstein (1648) is one of two country houses built in the Ommelands near Tjamsweer. The other is Rusthoven (1686), which is next to Ekenstein.

Doctor Johan Eeck
Both houses were commissioned by the Eeck family. Ekenstein was built for Doctor Johan Eeck, son of the wood merchant Tjaart Eeck and his wife Johanna Bernards from Farmsum. The doctor was the first person to live in the house, which remained in the family for 75 years. Johan Eeck studied at and was awarded a PhD by the Academy in Groningen, the forerunner of the University of Groningen. He became Municipal Secretary, and later a member of the Provincial Executive and Provincial Council. He also served as Mayor of Groningen, as did his sons Sicco and Johan. A memorial stone in the Der Aa-kerk in Groningen bears all their names.

‘Fine house’
In 1723, the Ekenstein estate was sold under execution along with 32 meadows. This was the description: ‘A fine house. Upper and ground floor rooms and a basement, separate room, kitchen, bailiff's room, barn, stalls, with courtyards, ditches, canals, trees and borders, rabbit warren planted with elders, gardens in the rear courtyard paved with stone, everything built from stone, paved, with and without walls (except the gravestones), with gates and walls, palisades and fencing, with only 12 of the borg's meadows having been used and the other 20 trapped under a run-down house, so that all the land is now unencumbered’. This description gives the impression that Ekenstein was indeed a fine country estate. After the sale by execution, the Baptist families Doornbos and Modderman owned Ekenstein from 1724 to 1754.

Lord Alberda van Ekenstein
In 1754, Onno Joost Alberda took ownership of the Scheltema-Nijenstein borg. He was married to Anna Maria Hora of the Ennema borg in Midwolda. The new owner called himself Onno Joost Alberda van Ekenstein. The Alberdas, one of the oldest aristocratic families in the country, originally came from ‘t Zandt. This is where their family home, the Alberdaheerd, stood. It later became the ‘Alberdahuis’ borg.

Renovations
Ekenstein was extended, modernized and connected to the water mains towards the end of the 18th century. A memorial stone in one of walls states: ‘Aedificata 1648, Ampliata 1772’. This means ‘Built in 1648, extended in 1772’. The estate remained in the Alberda van Ekenstein family for centuries. The park was planted in English country garden style in 1827, according to a design by the urban landscape artist Lucas Pieter Roodbaard. The estate farm was based in Het Schathoes. Willem Carel Alberda had the house renovated in neo-Gothic style in 1870, re-using parts of demolished borgs. He added a Hall of Knights and had the quarterly coat of arms of Mello Alberda, Lord of Nijenstein, and the coats of arms of Joan Lewe van Middelstum laid into the brick walls of Ekenstein. The stained-glass windows in the library were taken from several Groningen churches. The interior and exterior of Ekenstein still look the same as they did after these renovations.

Neo-Gothic Hall of Knights
The neo-Gothic Hall of Knights features an authentic wooden chimney breast, stained-glass windows and a cornice with Gothic ‘mesh’, which bears a coffered ceiling dating back to the Renaissance rather than the Gothic era. During cleaning, a beautiful turquoise ceiling was discovered underneath the brown patina. The antler chandelier that hung on the ceiling in 1870 is still hanging, inspired by 16th-century German interiors. The dresser, with mirrored doors that were all the rage in those days, has been preserved along with an armchair. In around 1880, the dinner table from the church in Wirdum probably stood in the room.

The adjoining restaurant has a very special 18th-century antique built-in closet, presented by Lord J.W. van Iddekinge, who had been given it from Lady Iddekinge-Alberda van Ekenstein.

Hunting room
The fine hunting room on the Ekenstein estate was the place where the former occupant Lord Alberda van Ekenstein received his guests. The authentic, atmospheric mural paintings on linen on all four walls make the room unique. The paintings depict decorative landscapes and hunting scenes.

Hotel and resort
In 1946, the municipality of Appingedam bought Ekenstein, which was by then derelict, and turned it into a hotel and resort. Under expert supervision, the park was restored, the ponds dug out and a deer park built. Aviaries were added, followed by a petting zoo, guinea pig city and a playground. In 1957, the fully restored Schathoes was taken into use as a restaurant for groups.

Ekenstein now: peace and comfort in a monumental country house
After a short period in the hands of the ABP pension fund, in 1989 the Pels family purchased the estate. Now, over 350 years after it was built, the Ekenstein estate is an excellent family hotel and conference centre. Set in tranquil parkland in the original style and bordering on the Damsterdiep canal, the authentic Ekenstein country house and the Schathoes provide comfortable accommodation for a short stay, conference, meeting or party. A playground, deer park and petting zoo are close to the country house.